Upon joining the team as a Product Designer, I set about getting the game's UI and UX into a shippable state. As a product targeting a global release on an unreleased console, there were, of course, many challenging shifts and adjustments in the months leading up to its launch, but with talented teams (both internal and external) Xbox Fitness met its goal of shipping as a day-one title for the Xbox One console. 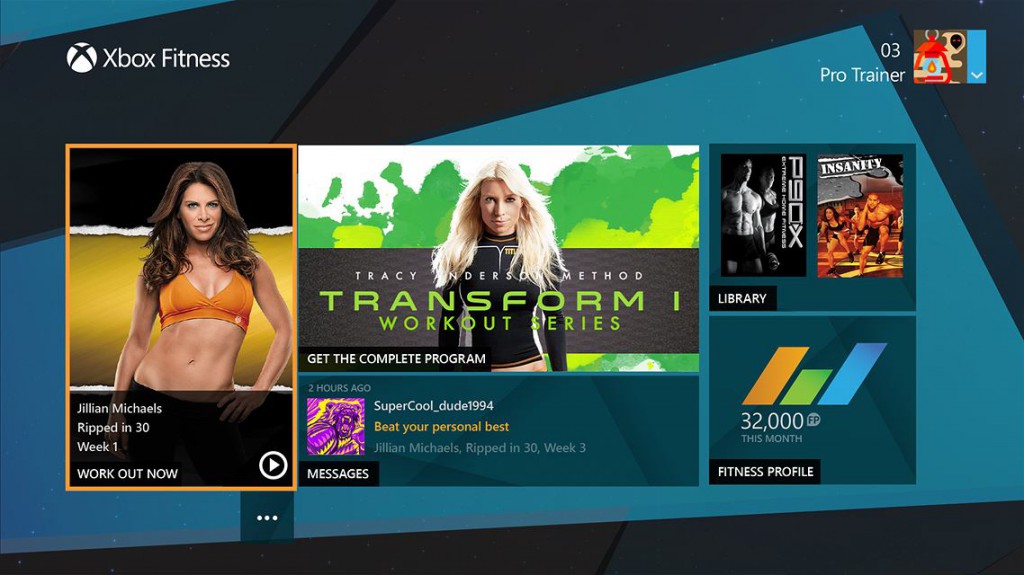 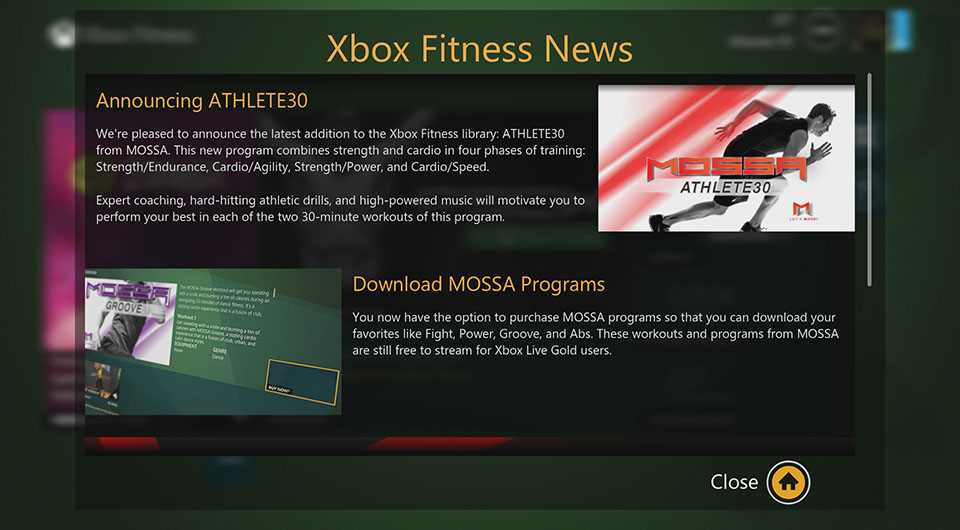 After its initial release, Xbox Fitness production transitioned to an evolving client and service model, with a regular cadence of both content and feature updates. In the roles of User Experience Designer and then Lead Game Designer, I drove many feature initiatives. These included: a News panel to effectively communicate new features, changes and content to the game's users, Leaderboards to create an improved sense of community, and a redesigned, multi-workout, content package.

I designed, architected, and implemented a system for skinning the game's UI to support revenue via external sponsorships. In addition, the entire game's UI was reskinned to create better alignment with the overall Xbox brand. 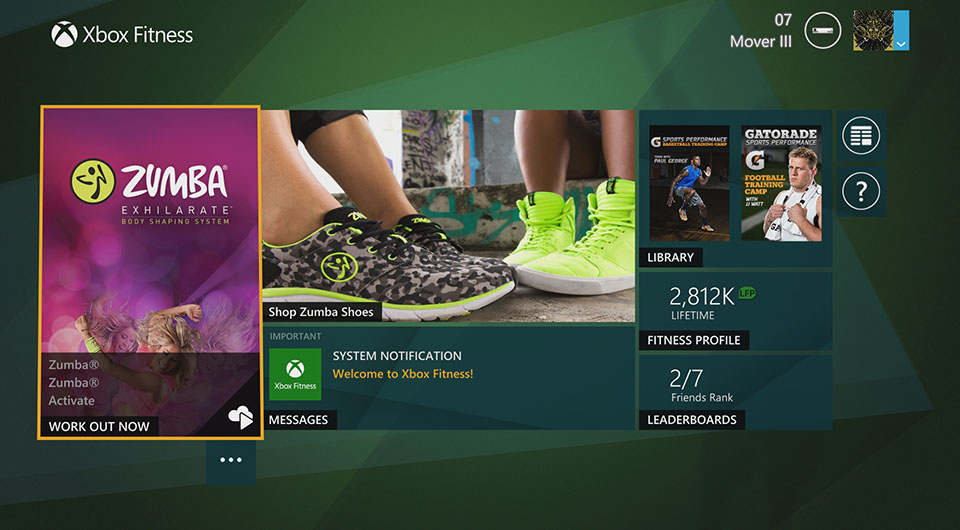 To greatly improve the experience for users with less than optimal internet bandwidth, we added the ability to download and cache workout video content. To support this, the UI was overhauled to not only provide the means for users to download their favorite content, but also to clearly indicate to users what content would be streamed via the cloud during play versus playing from disk.

Without question though, the largest change to Xbox Fitness after its initial release was the introduction of a 'Kinect-less' experience, for users that did not own an Xbox One Kinect Sensor. Throughout the design and implementation of this feature careful consideration was taken to make sure that 'Kinect-less' players would be provided an engaging experience without impacting the game's active Kinect-based players. Once released, the 'Kinect-less' experience was almost universally well received throughout the game's community.

Select a thumbnail to open the gallery.

This site is tested and optimized for the latest versions of Google Chrome, Mozilla Firefox, Safari, Internet Explorer & Microsoft Edge