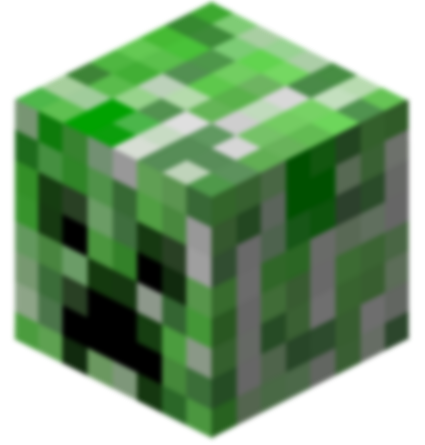 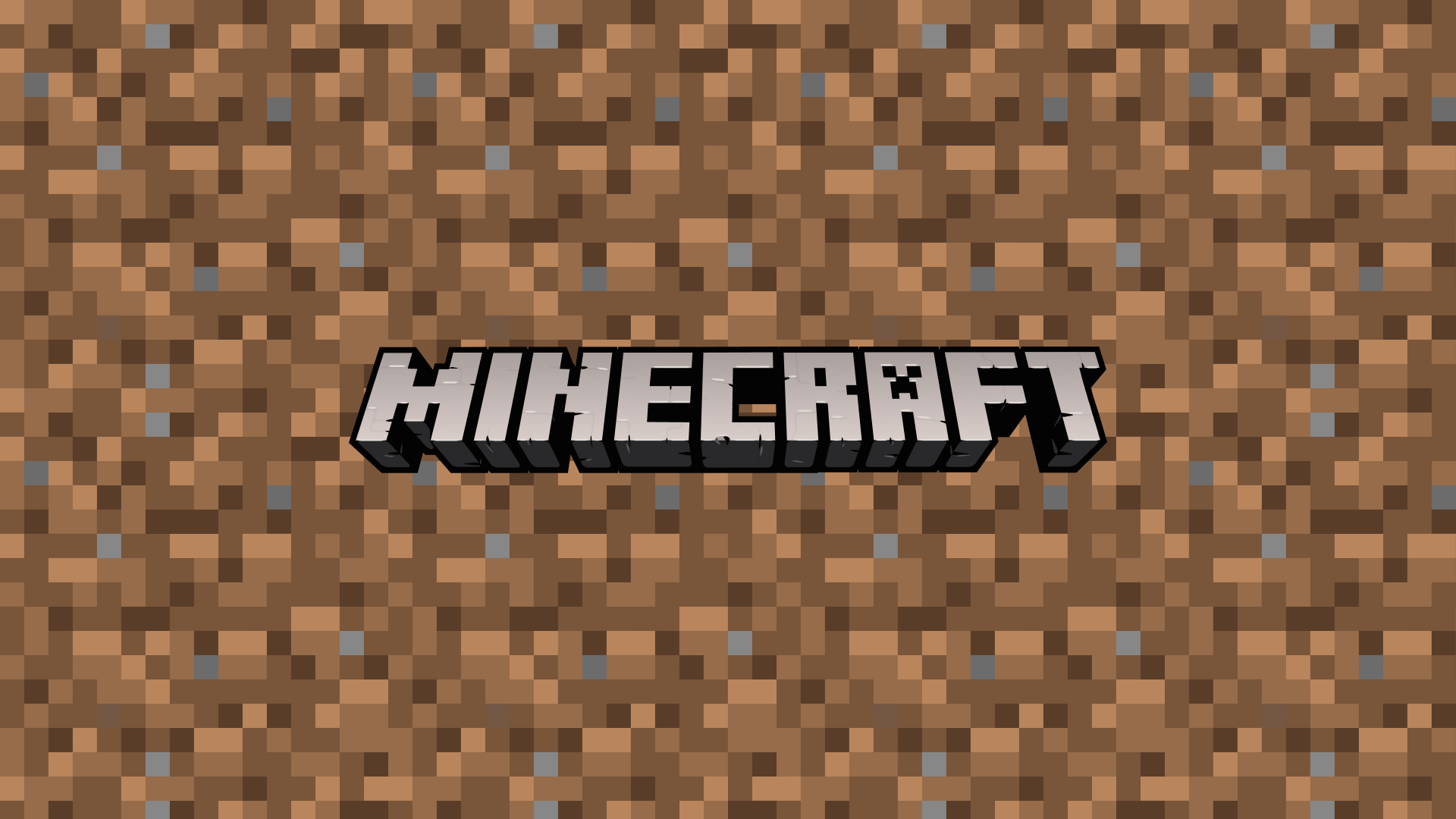 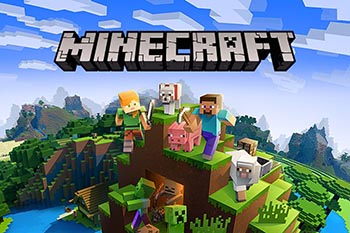 Details for this project include a gallery of screenshots.

You know Minecraft. Given its long standing presence in the top 5, best selling games of all time, even folks that don't play video games know Minecraft.

What you may not know is that (as of 2022) the Minecraft ecosystem includes 3 main versions: the Bedrock engine (which ships for Windows, Xbox, PlayStation, Nintendo Switch, Android, iOS, and more), the Java engine (Windows, Mac, and Linux) and Minecraft: Education Edition (made available to schools worldwide as a 'game-based learning platform').

In my time with the Minecraft team, I have worked on many interface and design initiatives across both the Bedrock engine and Education Edition versions. Work included the design of interfaces for new in-game features, completely new game client features, and internal tools.

"Minecraft" is a trademark of Mojang Synergies AB. 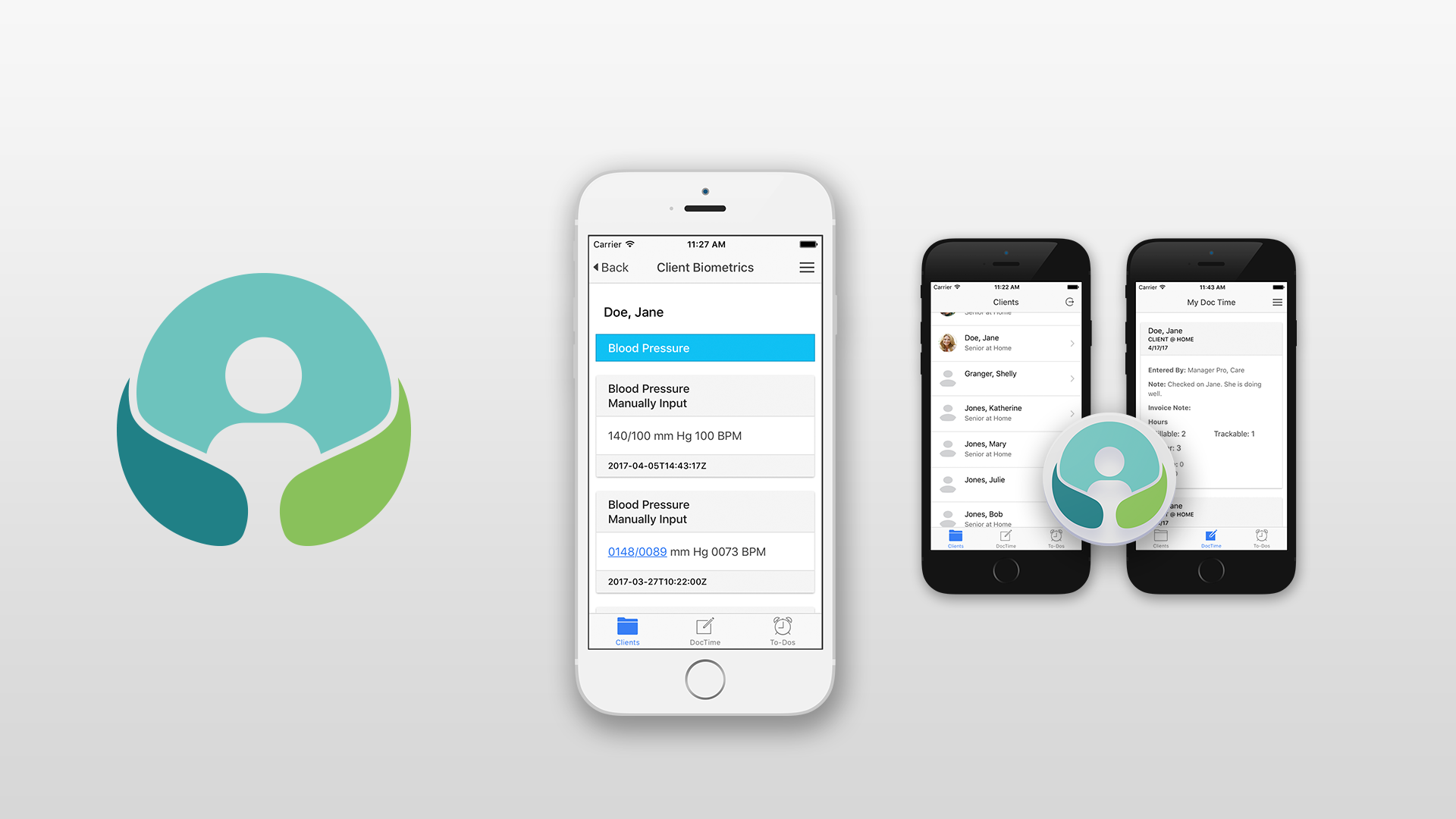 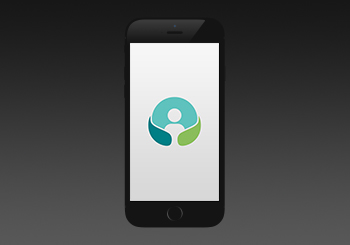 Details for this project include a gallery of screenshots.

Care Manager 2Go is an iOS and Android app that provides a native mobile experience for accessing the iHealthHome 'Care Navigation System.'

For more on iHealthHome and the Care Navigation System, please see iHealthHome in the WEB section. 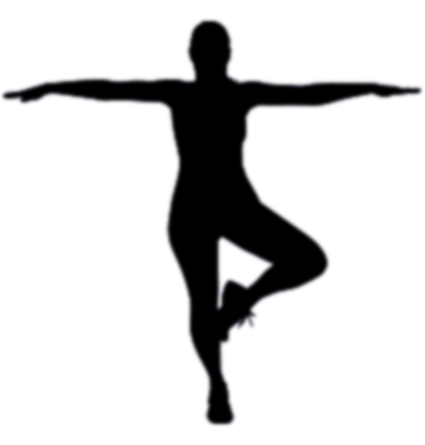 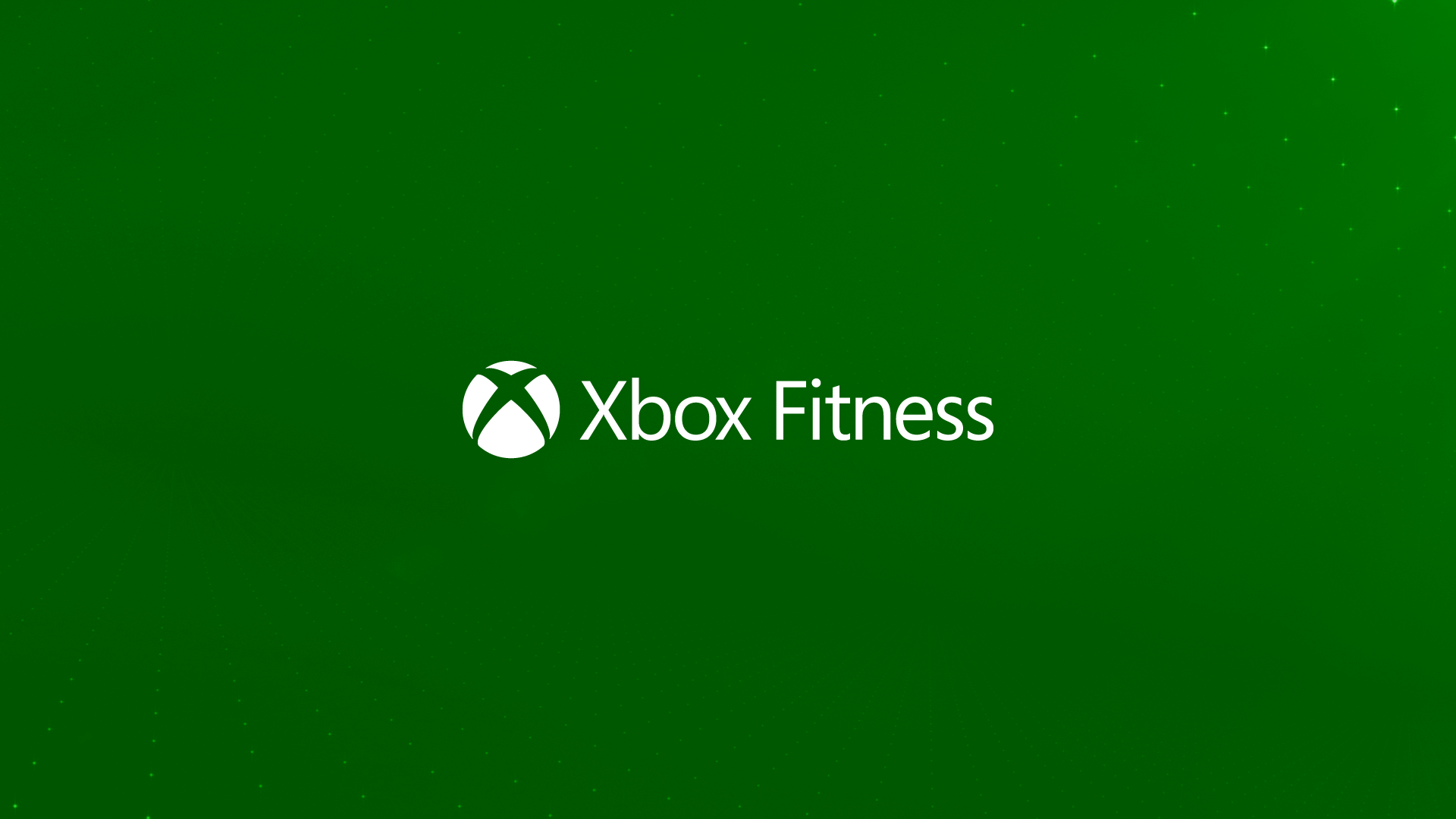 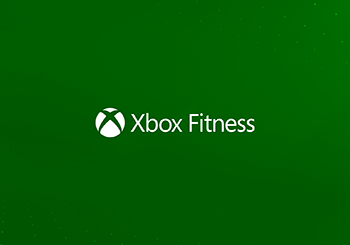 Goto the project details for a gallery of screenshots and a video trailer.

I joined the Xbox Fitness team in late 2013, a few short months before the launch of both the Xbox One console and Xbox Fitness (a platform exclusive launch title).

Xbox Fitness was created to provide Xbox One owners with an entertaining, engaging and fun way to exercise and stay healthy. It leveraged the Xbox One Kinect Sensor to analyse the player's movement, form and energy while following a workout video and provide scoring and feedback. Xbox Fitness helped users stay engaged to reach their workout goals by providing game Challenges, Achievements, Leveling, and Scoring Leaderboards.

After its release in 2013, Xbox Fitness continued to grow and evolve with new features and an expanding catalogue of workout programs (many of which were completely exclusive to Xbox Fitness). It was available across the globe and was instrumental in helping Xbox One enter the Chinese marketplace. At the time of this writing, Xbox Fitness was rapidly approaching 3 million unique downloads and had a strong, loyal player-base.

Sadly, in 2016, Microsoft made the decision to sunset Xbox Fitness. Announcements were made and content sales for the product ended on June 27, 2016. Finally, on June 30, 2017, Xbox Fitness was officially retired from the Xbox Marketplace. 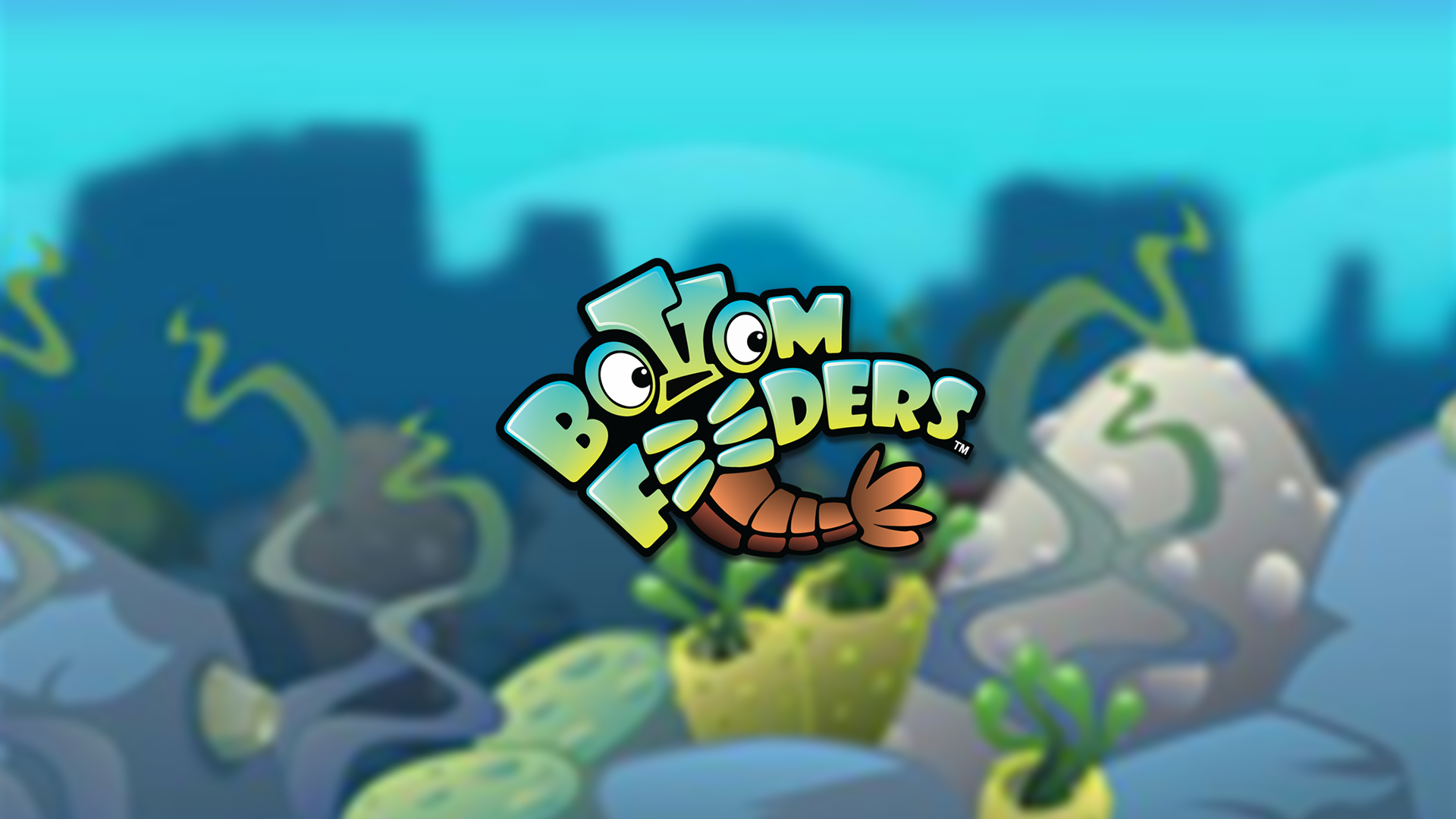 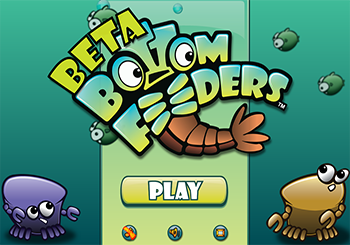 This project's details view has a fully-playable demo version of the game. The demo requires Flash Player 12 or later.

After Zipper Interactive was closed down in 2012 by Sony Computer Entertainment, I joined forces with several of my Zipper peers to start nobodinos, llc™ and make Bottom Feeders™; a free-to-play, Flash-based game, on the Facebook platform.

With Flash being the primary game technology, in addition to heading up the full Bottom Feeders™ UI and UX, I was also responsible for the game's lower level engine elements: gamestate machine, data management, sound and asset management, server integration, etc. I implemented all kinds of Facebook features, from Facebook friend lookups to 'Facebook Credits' payment integration.

With the Flash player end-of-life, Bottom Feeders™ is no longer playable on Facebook or directly in a browser. However, you can click the thumbnail to a see video and screenshots of the original game. Also, David Kern and Russ Phillips (my original partners on the game) have released an iOS remix, available on the Apple iTunes Store (pease note that I had no involvement in the production of the iOS version). 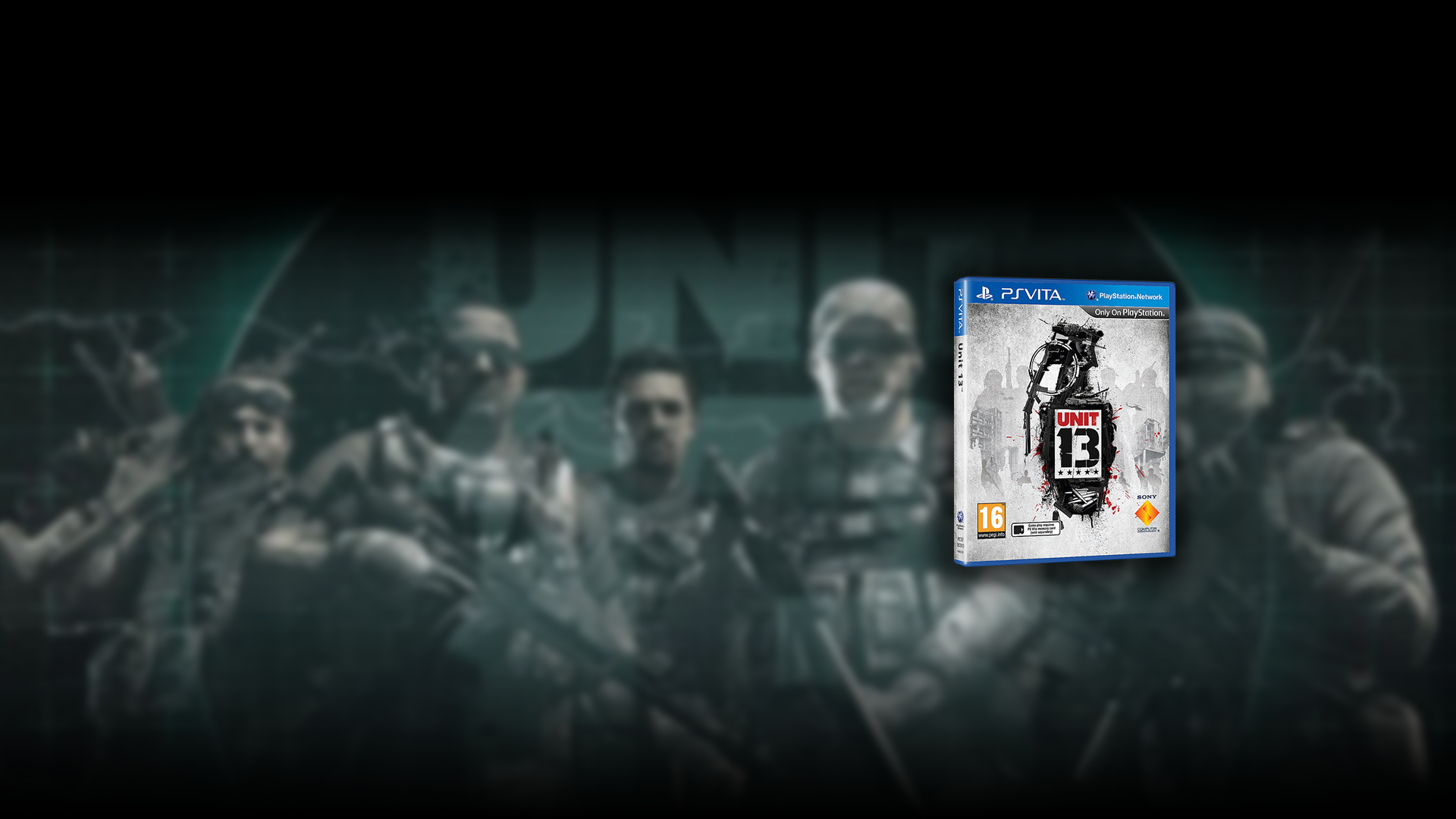 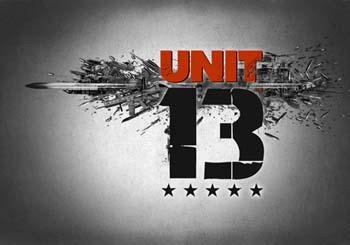 The project's details view has an interactive demo version of the game's frontend UI. The demo requires Flash Player 10.2 or later.

Targeted from the beginning as a PlayStation®Vita 'launch-window' title, Unit 13™ was developed by Zipper Interactive and published worldwide in March 2012 by Sony Computer Entertainment, exclusively for the PlayStation®Vita handheld game console. Upon release, Unit 13™ quickly became the top selling downloadable title for the Vita. 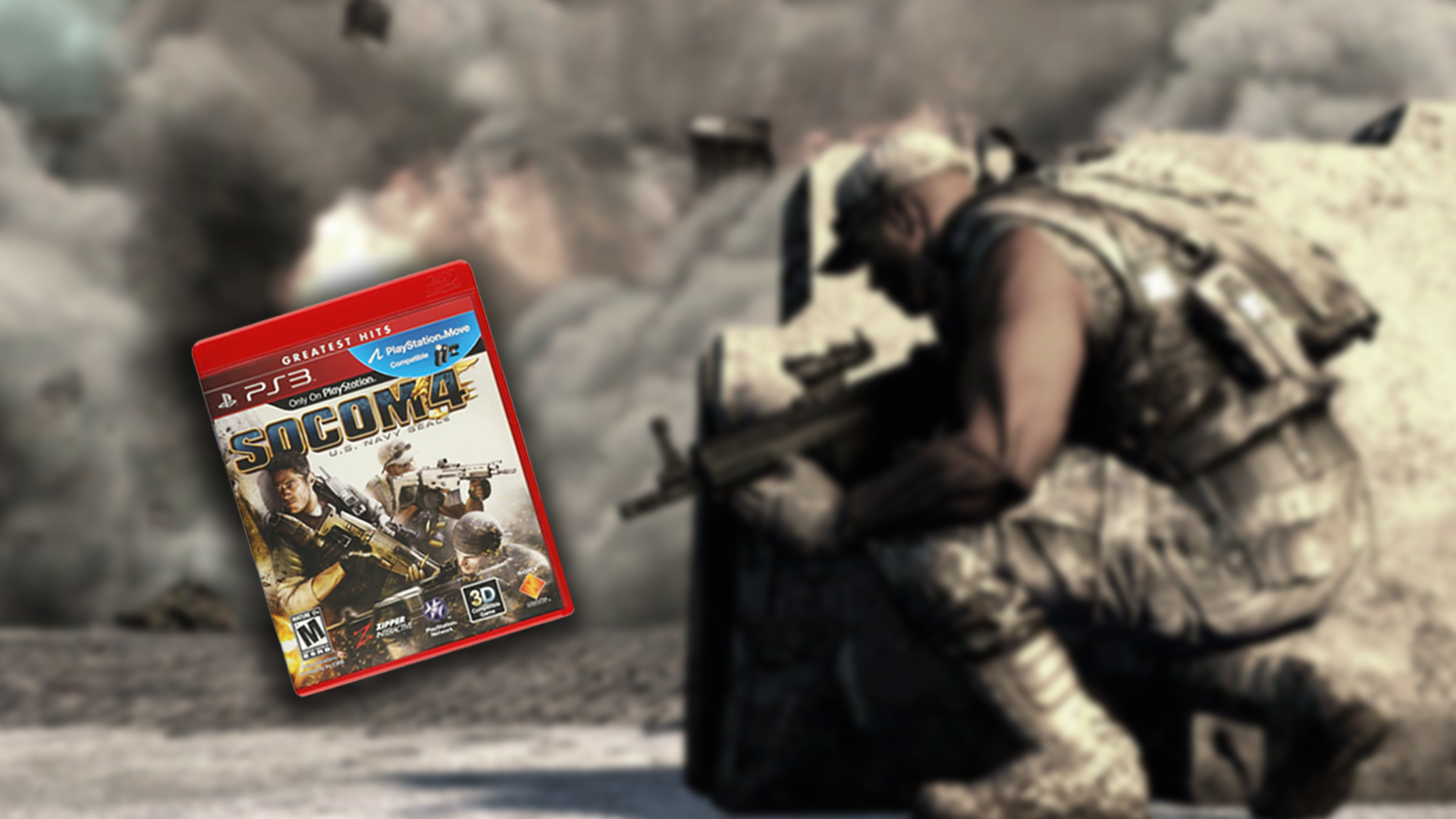 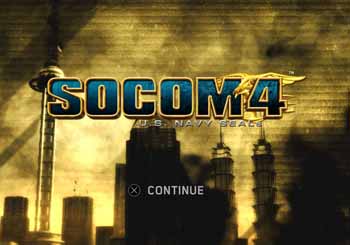 Visit the project details for a video sample of the game's UI.

SOCOM 4: US Navy SEALs™ (also known as SOCOM: Special Forces in some regions) brings the strong pedigre of the SOCOM franchise's squad-based, third-person, tactical shooters to the PlayStation® 3.

This entry into the SOCOM franchise was developed by Zipper Interactive and published worldwide in April of 2011 by Sony Computer Entertainment, exclusively for the PlayStation® 3 video game console.

I came on to this project relatively late (approximately 4 and 1/2 months prior to its shipping date), however during my time working on it, I become largely reponsible for the game's front-end menu systems (including rebuilding much of the pre-existing UI from scratch, as it were). In addition, I was tasked with handling most of the game's on-the-fly menu support for hot-swappable input devices (i.e. DualShock®3, PlayStation®Move, & PlayStation®Sharpshooter). 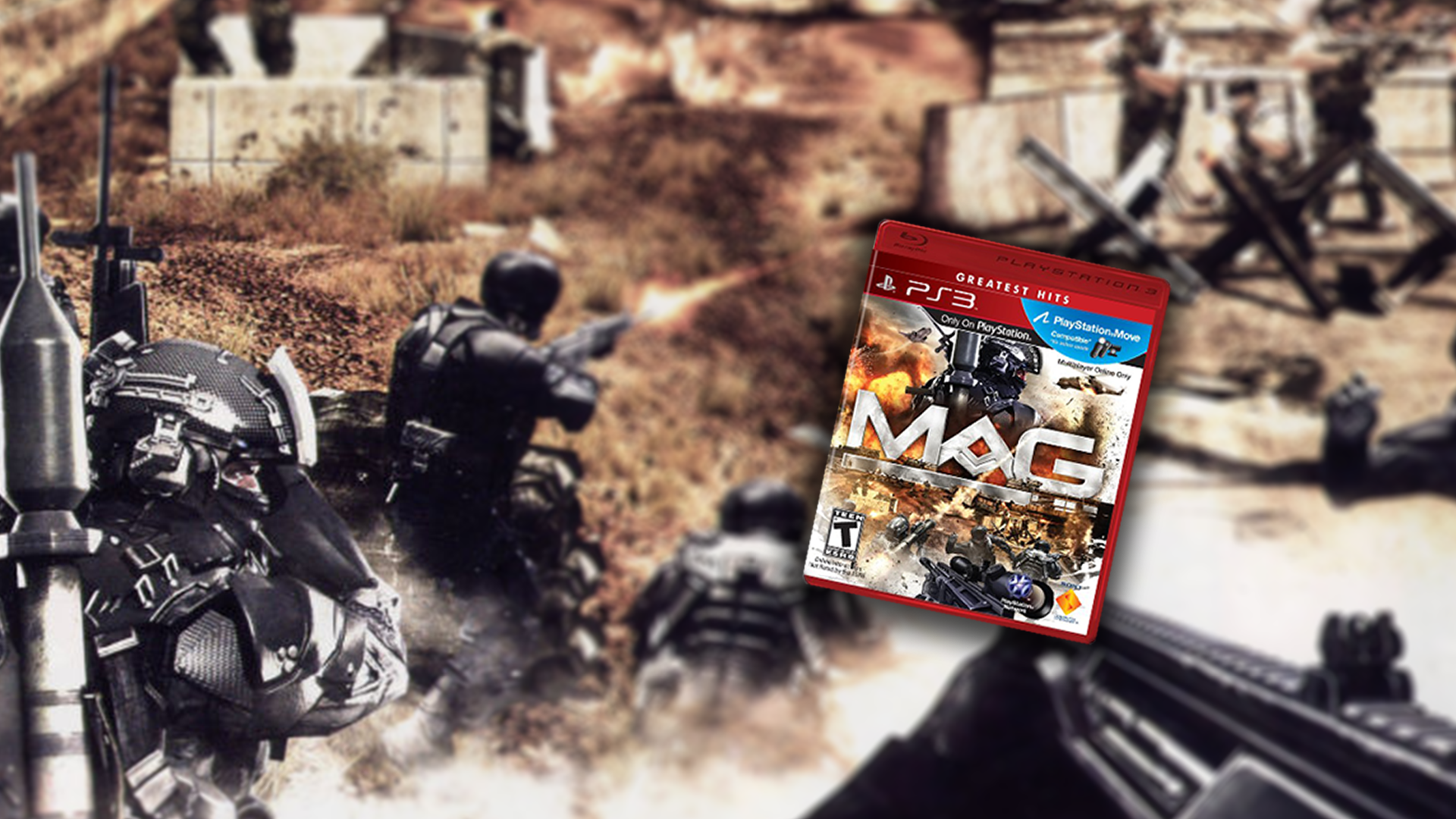 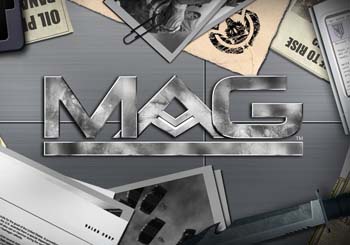 Jump to the project details for a gallery of screenshots and a video UI sample.

MAG™ was developed by Zipper Interactive and published globally by Sony Computer Entertainment as a PlayStation® 3 exclusive title. MAG™ broke new ground for consoles, even achieving Guiness World record status for the most simultaneous players in a console game (i.e. 256).

Some of the post-release features that I was responsible for included: an on-the-fly, dynamic 'Happy Hour' and increased XP event notification system, CSS and HTML-based in-game news system, PlayStation®Move UI support, and much more.

MAG™ went on to receive a 'Greatest Hits' release in January of 2011 and a PSN downloadable release. 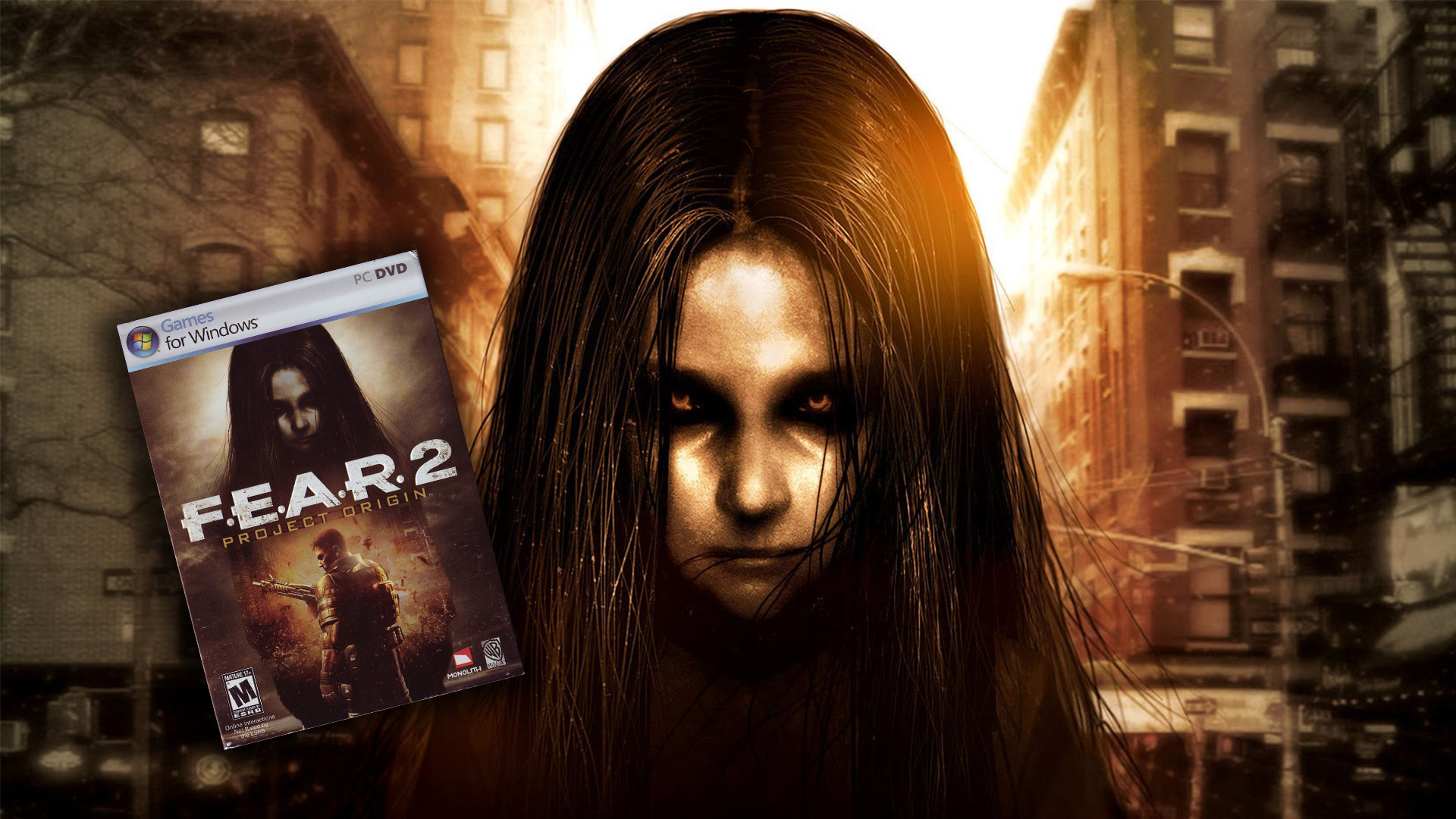 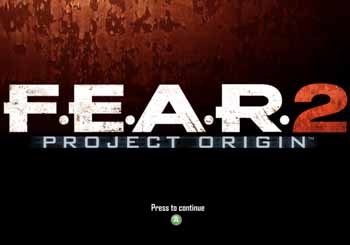 The project details include a gallery with a few screenshots and a UI example video.

The game was developed by Monolith Productions, Inc. and published worldwide by Warner Bros. Interactive Entertainment for the Xbox 360 and PlayStation 3 video game consoles, as well as the Windows operating system.

Joining the project late in its development, my design related involvement in F.E.A.R. 2 centered the multiplayer Lobby system. I based the overall design of this game's Lobby on a static concept image of the front-end menu system (by Art Lead and Primary UI Designer, Dave Matthews) mixed with consideration of the layout and aesthetic of the existing single-player, 'pause menus' to provide contrasted consistency.

In addition to my multiplayer Lobby contributions, I provided support to the overall menus with a system for 'skinning' and altering menu appearance at runtime and helped with the development of other UI related systems.

F.E.A.R. 2: Project Origin™ was initially released in February of 2009. It was well received by both critics and gamers, achieving an average metacritic rating of 79.

F.E.A.R. 2: Project Origin and all related characters and elements are trademarks of (™) and © Warner Bros. Entertainment, Inc.
Monolith and Monolith logo are trademarks (™) of Monolith Productions, Inc. 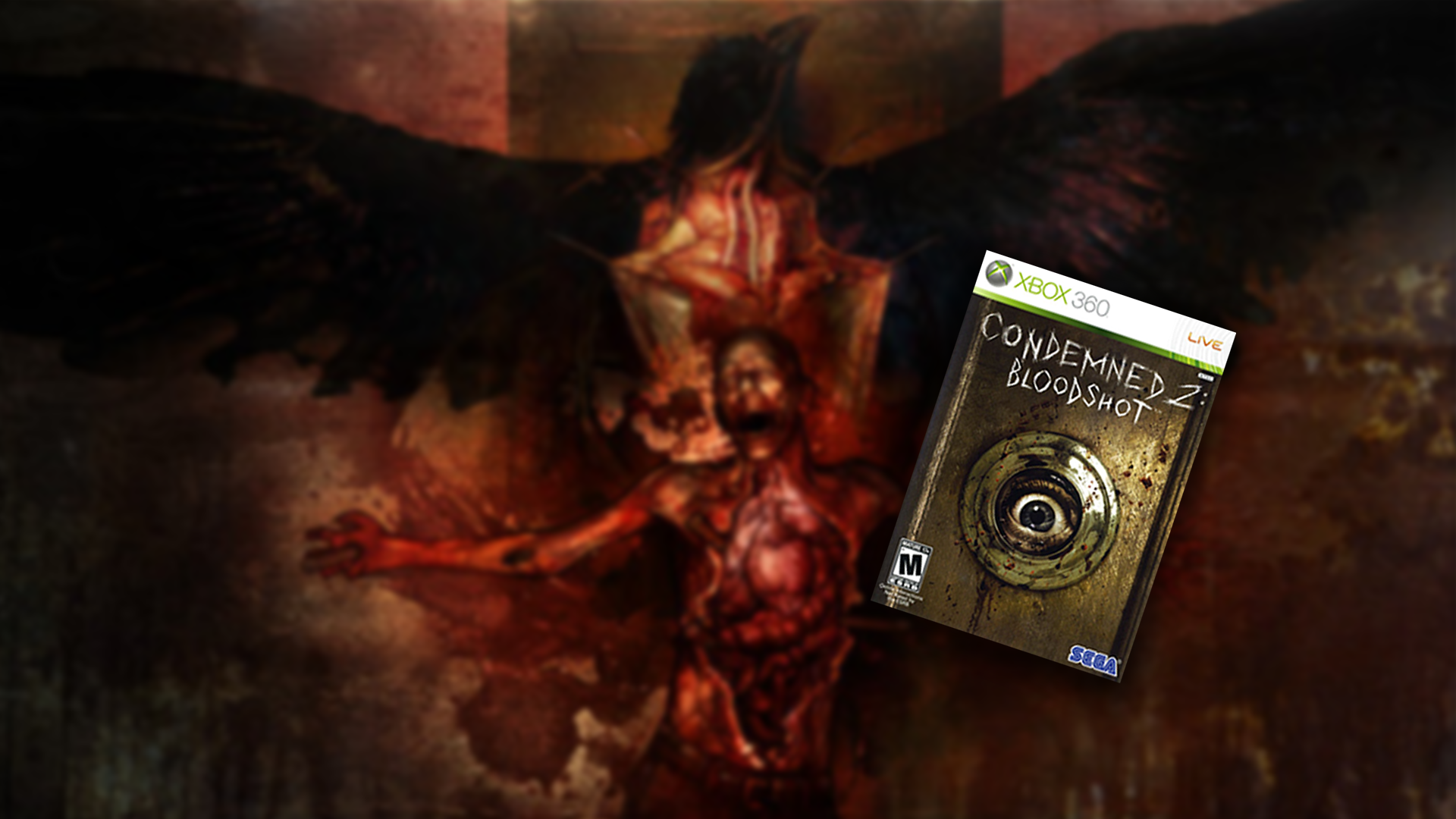 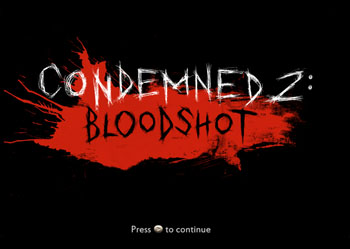 The project details contain an example video of the UI and a gallery with some screenshots.

The User Interface (UI) for the game was developed using Flash and ActionScript, integrated into Monolith's proprietary 3D engine via the Scaleform GFx API.

Throughout development, I served both as Interactive Designer and ActionScript, UI Engineer for the entirety of the front-end menu and multiplayer Lobby systems. In a design capacity, I worked closely with Eric Kohler, an extremely talented Art Director and Illustrator, to create a visual style and behavioral effects that maintained and enhanced the atmosphere of the game.

Condemned 2: Bloodshot™ was initially released in March of 2008 to a strong critical reception. Garnering an average metacritic rating of 82, the game was often praised for its strong atmosphere, visual style, and audio quality.

Condemned 2: Bloodshot is ™ and © 2008 Monolith Productions, Inc. All Rights Reserved.
Monolith and Monolith logo are ™ and © Warner Bros. Entertainment, Inc. Sega is a registered trademark ® of Sega Corporation.
Scaleform GFx is © Autodesk. 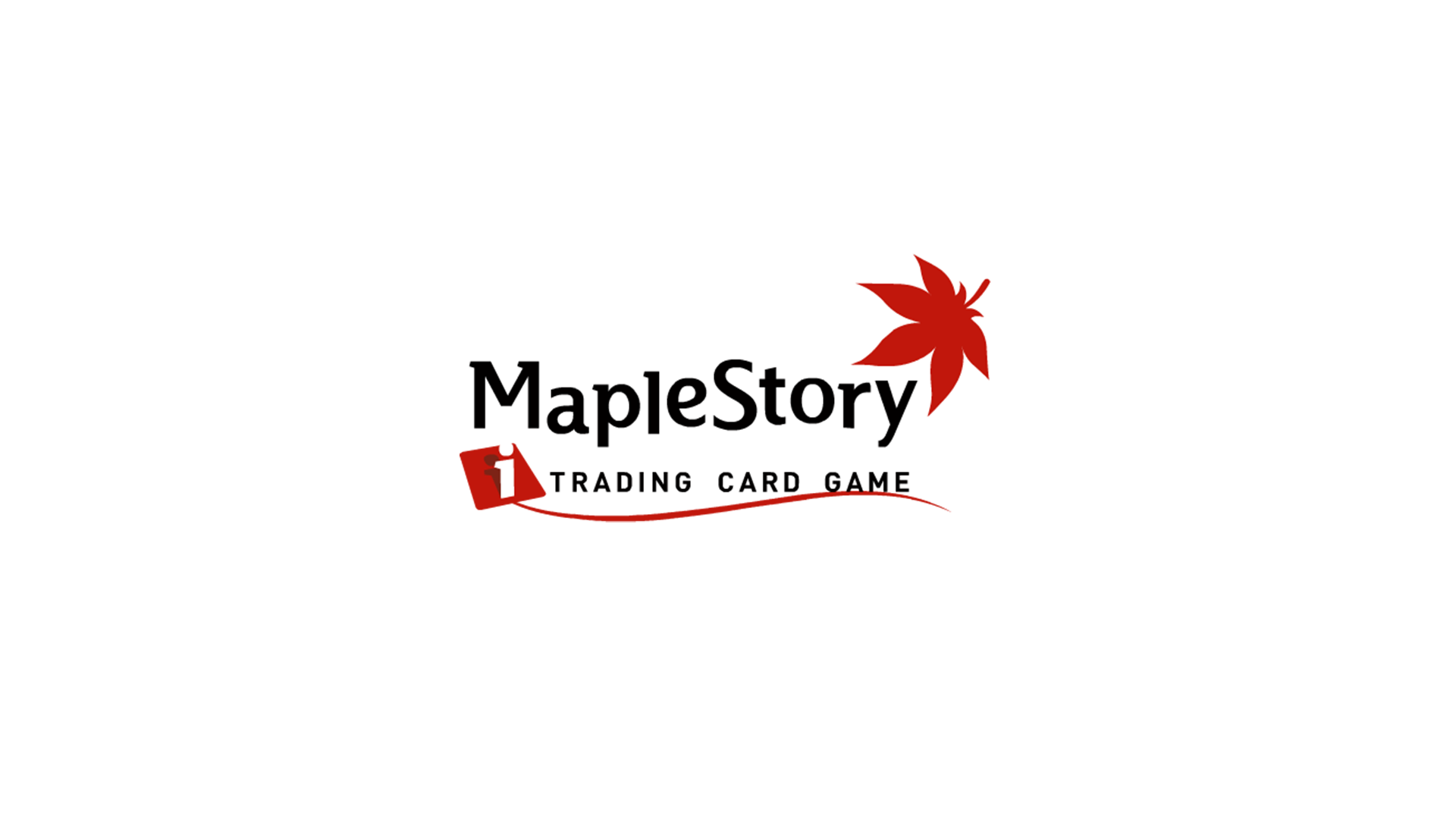 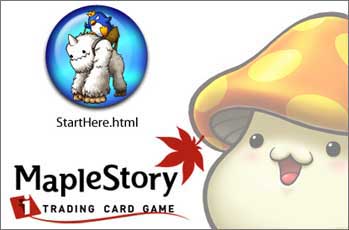 The project details contains a mostly complete web version of the app. This requires Flash Player 8 or Later.

This cross-platform CD ROM was the first in a two-part initiative to introduce an iTrading Card Game (iTCG) ('a real-world Trading Card Game with codes redeemable for exclusive virtual-world game content') based on the MMORPG and developed by Wizards of the Coast.

The CD contained an interactive Flash application (reproduced here as a web-only product) that served as a navigation shell for the disc content, as well as providing a searchable list of the game's initial cards.

To reach the widest possible audience, the CD was produced as a full-featured, cross-platform product. It included native icons for the Windows and Macintosh operating systems, a Mac Finder window image (seen here), a Windows autoloader, and OS dependent directories to make only the relevant content visible to a user.

In development of this product, I not only served as the primary Flash developer (working closely with Toshiko Okumura, a very talented artist), but I also lead the disc production efforts as well, and even mastered the final product.

When the iTCG was released, the second part of the initiative went active, with a web site that delivered special codes. Some information on the site can be found in the Web section, here.

MapleStory is © 2007 NEXON Corp. All Rights Reserved. MapleStory, Nexon, and their logos are trademarks (™) of Nexon.
The MapleStory iTCG is a licenced product of Wizards of the Coast, Inc. (a subsidiary of Hasbro, Inc.)

This site is tested and optimized for the latest versions of Google Chrome, Mozilla Firefox, Safari, Internet Explorer & Microsoft Edge